LRCN has been around Digitally Imported Radio for quite a while now. His enjoyment of progressive sparked his interest in DI Radio’s Progressive Channel where he has become a regular since it opened, now not only is he host of The Bidness, but he is also the co-director of the Progressive Channel, taking on the responsibility of bookings. LRCN has helped shape and mold the Channel to what it is today.

To date, LRCN has played at L.A.’s Spundae & RED, Circus Disco, as well as the occasional cross-border gig in cities such as Minneapolis, Phoenix, Harrisburg, and Toronto to name a few. But, he is equally at home with the smaller venues, whipping up dancers at raves and private house parties from time to time.

For anyone thinking they might like to try their hand at being a deejay, he advises, “Be sure it’s something you want to do for the music, yourself, and event attendees. Don’t do it for the wrong reasons. Practice, practice, practice. Once you’ve got it down, start promoting yourself and eventually the gigs will come on a regular basis.”

So where can LRCN be heard? Monthly at The Bidness on Digitally Imported Radio’s Progressive Channel every 2nd Tuesday starting @ 2 PM EST; and at www.djlrcn.com – where you can download free promotional mixes. This one is groovy… 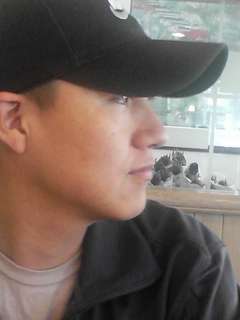 Since 1992, Thomas Penton has produced various releases that have fueled the best talents in the world. His productions have been supported for over a decade by Sasha, John Digweed, Judge Jules, Paul Oakenfold, and countless others. Today, he has released over 100 various projects on some of the industries highest respected dance labels, including Perfecto, Armada, System Rec., Stereo Productions, Baroque & more. Many past & present productions are featured on numerous compilations from some of the industries largest selling dance labels, such as Euphoria, Gatecrasher, Bedrock, and Perfecto. His style has crossed all borders, from producing a wide range of progressive, tribal, electro, techno, and house releases.

Penton also heads the label, Electric Candy Recordings with his label partner Scott Anselmo. Running since 2006, the label allows him to focus on a mixture of electro, house & progressive styled projects, with many releases scheduled throughout 2010. The label has feature numerous international artists such as: Thomas Gold, Jerome Isma-Ae, Chris Reece, and many more.

Thomas has also been the featured artist at numerous publications & retailers, including www.Beatport.com. And at the beginning of 2007, his release, ‘Jacks Funk’ topped the sales chart at www.Beatport.com for several weeks. 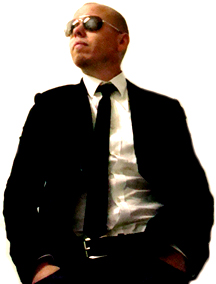