Welcome back to Open House! Today’s exclusive guest mix is from the legendary Chris Fortier. While many people may claim to know Chris’ sound, with their focus on labeling him one thing or another, Chris is equally as focused on his efforts to push back the musical boundaries. He is an artist who is inextricably linked to the underground dance music scene is genuinely pushing his sound forward. Chris’ determination to continue to push the envelope can be seen in all aspects of his career. Proof of this can be found on his now classic triple CD compilation Balance and his recent solo productions including his stellar debut artist album As Long As The Moment Exits.

The Balance 007 CD was a integral part of the now worldwide successful Balance series and brand. The album was a musical forecast of the fresh and exciting underground movement as we know it today. It is little wonder the CD was name checked for compilation of the year by numerous international magazines and websites. Taking his production a step further in 2007, his debut artist album was released to countless plaudits and impeccable praise. Followed by the remix version of the album saw Chris work along side the likes of Joel Mull, Ed Davenport, Mark Broom, Someone Else, Bruno Pronsato, Pheek and Maetrik. Under his 40oz production guise Chris has released the several EPs and remixes that musically spreads comfortably across labels such as Bedrock, Wave Music, Cocoon, Kompakt or Get Physical.

Chris has been a consistent figure on the world tour circuit with a professional DJ career spanning 19 plus years. He has continually been a crowd favorite, confirmed by his very first residency at the legendary “Aahz” in Orlando through to residencies at The Cross in London and at Twilo in his adopted home of New York. Behind numerous singles, remixes, artist albums and no less than 9 commercially released mix albums, you can catch him as easily in Tokyo as in Buenos Aires and all points in between on any given weekend. Enjoy… 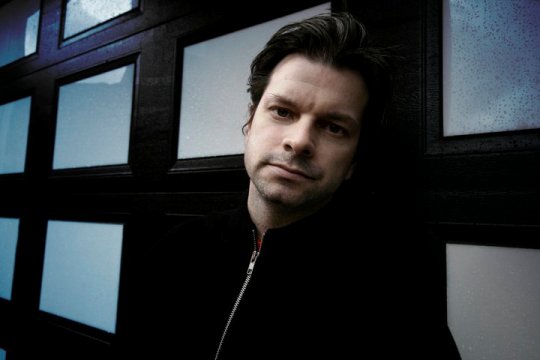 **Check out Episode 081b for an bonus mix from your host, Randy Seidman**