In September 2007, when Tara Danielle Brooks, put her first needle on her record, she had no idea that her passion for music would soon become her life-long career. She learned to spin records using her naturally talented ear for music. Through this new route, she escaped into the sounds that helped her discover a new meaning to life. Experiencing endless, priceless nights at clubs, parties, & festivals in Southern California, Tara discovered the power to be moved & touched by electronic dance music, causing pure enlightenment. Shes a self-taught deejay who found her destiny was to express her creativity through music.

Tara’s passion turned into an addiction, landed her gigs at Las Vegas venues, such as Empire Ballroom, the Hard Rock Hotel Pool, Body English, Drai’s, Vanity, The Artisan, Pure, & Wet Republic. Tara has also performed in a variety of San Diego venues, such as On Broadway, Spin, Hard Rock Hotel, and has gained residencies at the Ivy Hotel and Voyeur. She has also been playing Hollywood hot spots such as The Music Box, Playhouse, Drais, & Ecco, holding residencies at The Music Box & Playhouse. She is an Insomniac, Giant, & Eventvibe resident. From Scottsdale, to Beta in Denver, the Winter Music Conference, Ultra, Insomniac festivals, Nikki Beach in Cabo, the BPM Festival in Mexico, & Pacha in Nyc, it is clear Tara is making her mark on the scene, opening & closing for most of the biggest dj’s in the world. Her success in the U.S. has already taken her internationally to Mexico, Canada, & Jordan. Her passion lies in techno, tech house, progressive, anything with driving bass, moving melodies, & has that special something to touch her crowd.

With over ten radio show/podcast mixes already under her belt in about 4 years, a booked deejay schedule, & now growing in production, her creative vision is on the way to becoming a reality. Now she is here on Open House, just for you. Enjoy! 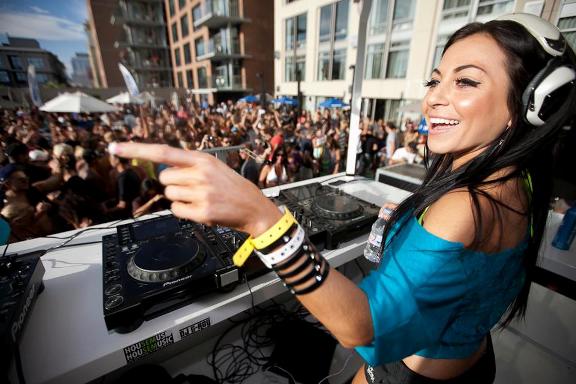