Happy Thanksgiving everyone! Welcome back to another hour of the grooviest beats. Today is a very special session with the UK’s Graeme Lloyd – including a handful of unreleased goodies … some gravy for your Turkey 🙂

A familier name across the global clubbing scene, Graeme Lloyd has in recent years had continuing success as both a DJ and Producer. As well as playing regularly for The Gallery at the Ministry of Sound, he’s played further afield in Russia, Ukraine, China, and Ibiza among others. 2010 was a real break through year for Graeme as a producer already a common name on many big club line ups as a DJ, Graeme found success on the production front with vocalist Lizzie Curious. His track featuring Lizzie’s vocals was featured on Pete Tongs essential selection when Faithless aired their first essential mix in a number of years. Sister Bliss picked the track as one of her essential new tunes and ‘New World Translation’ was featured in their Radio One mix, and the tune hit the UK Buzz chart at number 17, as well as the Music Week upfront club chart at 12. Once released on New York label Kult, the track hit a high-point of number 2 on the Trackitdown house chart and stayed in the top 10 for over 4 weeks.

The follow up ‘Two Left Feet’ was just as successful again with Lizzie’s vocals and stamping Graeme’s big room house sound onto many club dancefloors and top DJs sets. The track hit the US dance chart at 49, the UK Buzz chart at 20 and the UK dance chart at 13. Again released on Kult Recordings, Two Left feet went to number 8 on Trackitdown and also featured for a number of weeks in the Beatport Charts. 2011 Graeme has followed up in a similar style, this time with a huge remix of Kirsty Hawkshaw’s Fine Day. Originally a hit for Kirsty and Opus 3 in the 90’s, Graeme’s remix has been featured in Trackitdowns Top 10 for 5 weeks hitting a high spot of number 4. With his remix of Made By Monkey’s track ‘Euphoria hitting the top 10 at the same time, Graeme had 2 tracks in the top 10 downloads chart at the same time.

All of this success got him noticed on a bigger level with big name DJs like Matt Darey asking Graeme to remix ‘Chasing The Sun’ which which was released on Nocturnal this summer. Also forthcoming is Graeme’s second release on Baroque, ‘Outward Journey,’ and out on November 23rd is Graeme latest track, ‘All We Need’ with Lizzie Curious on Robbie Rivera’s label Juicy music. There is a lot to look forward to with Graeme… between residencies at The Gallery, Ministry Of Soundas well as Crystal Club (Kiev’s biggest club), he also has some great upcoming projects with Marcella Woods, Max C and again with Lizzie Curious. I have been a big fan of his tunes for quite some time, and this mix is stellar, I know you will enjoy! 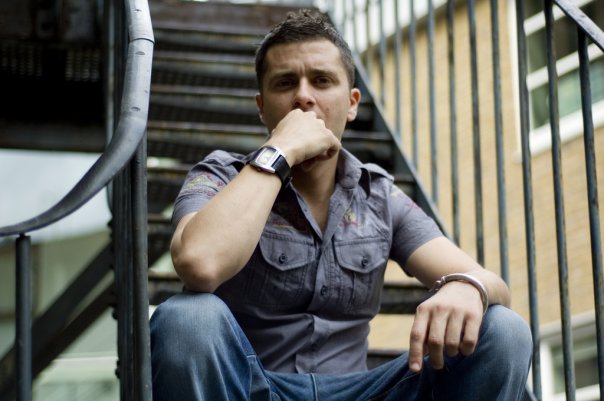 **Check out Episode 072b for an bonus mix from your host Randy Seidman – recorded last night at TLA in Philadelphia, PA**