Based out of Los Angeles, androids Reagan Denius and Christopher Mohn are integral artists in crafting the sound of West Coast underground techno, tech-house, and house, and have exploded into the scene with a ravenous force that only and android army could invoke. With an attitude bumping enough for a dirty downtown warehouse, and moods big enough for the main room dance floor, the Cartel’s conception of atmosphere and rhythm has found a place amongst the biggest producers and DJs of modern dance music…

Android Cartel has seen a multitude of releases on solid labels over the past few years such as ViVa MUSiC / iVAV Recordings, Railyard Recordings, Mija Recordings, Sleaze UK, Tokio Recordings, and Fade Records. They’ve also landed two songs on Emerson Todd’s recent compilation for the Balance : Electric series. Currently the Android’s are finishing up their full-length album featuring a journey from ambient, to downtempo, to house, hip hop, then drum and bass. The album features vocal talent from LA locals such as Cari Golden, MC XYZ, and Fab Morvan, as well as live instrument performances from the likes of LA locals PABLoKEY, Tristan Nortan, and Scott Dixon. The album is a celebration of music, LA talent, and robots.

Recently they launched their new label Sketchbook – is a place where an artist creates a track and the label subsequently reveals to listeners all the various parts and colors of the project – like pages from an actual artist’s sketchbook. A Sketchbook release can never be finished, and instead it encourages infinite amounts of variation via direct interaction with the user. Whether in a club setting as a DJ tool or in the production sphere as either the stems for a studio remix or live performance, exploiting new technologies such as Native Instrument’s Traktor and Ableton’s Bridge, the possibilities are only limited by the imagination. Early support for the label comes from the likes of big boys such as Mauro Picotto, Slam, and Wally Lopez.

The Androids also host a monthly internet radio show on Proton Radio that airs every third Wednesday of the month from 3PM – 5PM PST (6PM – 8PM EST). The show is called “Expressions in Sound,” and has hosted guests such as Carlo Lio, Robert Babicz, Chris Fortier, and many others. But today they are on Open House, just for you. Enjoy! 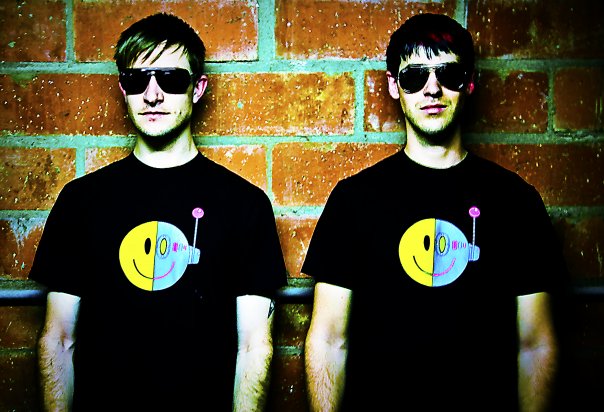